Chittoor also known as Chittur derives its name from two Tamil words, “Chit” and “oor” which means “small town”. Chittoor city is the administrative and financial headquarter of Chittoor district. The city is located on the banks of Ponnai River and so the city is rich in agricultural products and vegetation. It mainly produces grain, sugarcane, peanuts, jaggery, mango, tamarind, etc. It has also rich history, scriptures, etc. It is a main producer of steatite or soapstone which is mainly found on the Horsey Hills. The places sited in the district as producer are Gandikota, Jyothi, Pushpagiri, Ardhagiri, Chandragiri and Vontimitta. 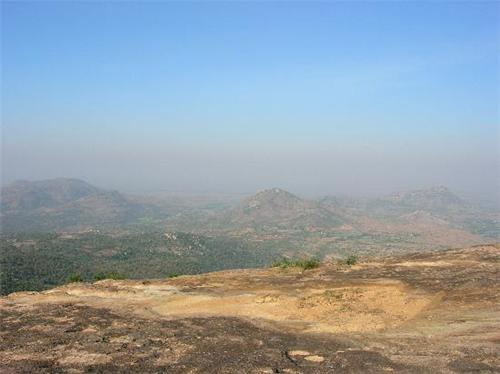 Geographically Chittoor district is located at 78º 30' and 79º 55E, of the eastern longitudes and 12º 37' and 14ºN, of northern latitudes. The cities surrounding Chittoor are Anantapur and Cuddapahin the north, Nellore and Chengai-Anna districts of Tamilnadu in the east, North Arcot Ambedkar and Dharmapuri district of Tamilnadu in the south and Kolar District of Karnataka in the west. Read More..

As the city is situated in south India the city faces hot and dry condition round the year. Summers are extremely hot with hot dry and humid waves. During monsoon season the rainfall happens in scattered way lasting for 3-4 months. Annual rainfall received by Chittoor district is 918.11mm (from SW and NE monsoon). The rain received is 438.0mm from South West monsoon (June-September) and from North East monsoon is 396.00mm (from October-December). One can enjoy this place in winter season as the weather is pleasant. The city faces mild winter.

The best month to visit this place is October to February. Chittoor has developed good tourism as the district has numerous explored and unexplored tourist places. Apart from historical monuments, it also has beautiful waterfalls, greenery, and ancient temples. Horsley Hills is a must visit place in Chittoor district. It is one of the best hill stations in the state of Andhra Pradesh. Also it has the most visited devotional place “Tirupati-Tirumala” as a part of district. The district witnesses numerous devotees and tourist round the year. 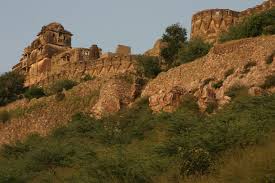 The history of the city dates back to 4th century BC. The city has been ruled by many dynasties. The first ruler divided the region in 24parts and one of the dynasties let British step and hold Indian land for the first time. The places to visit in and around Chittoor are Chandragiri Fort, Gurram Konda Fort, Horsey Hills, S.V. Zoological Park, Kaundinya Wildlife, Akasa Ganga, Kaigal WaterFalls, Kalyani Dam, Papavinasam, Swamy Pushkarini, Ubbala Madugu Falls, Tala Kona, etc. The temples in and around Chittoor are Sri Swayambu Varasidhi Vinayakaswamy Temple, Aragonda (or) Ardhagiri Sri Veeranjaneya Swamy, Sri Subramanya Swamy Temple, Durgamma Gudi,Greamspet, Kulandeshwara Swamy Temple, etc. One of the famous temples of Lord Ganesha is Kanipakam Vinayaka Temple or Sri Varasidhi Vinayaka Swamy Temple is located in Chittoor District of Andhra Pradesh.
Read more...

Roadways in Chittoor - Chittoor can easily be reached from Chennai, Bangalore and Hyderabad. One can reach the city by travelling few kms by hired vehicle or by bus.

Railways in Chittoor - The city is well connected with numerous trains running on this track from Chennai, Bangalore, Coimbatore, Kochi, etc.